DEME Offshore, formerly GeoSea, has announced the selection of Tier One suppliers for its Moray East offshore windfarm foundation contract, many of which are based in the UK.

DEME Offshore’s announcement of Tier One suppliers for its EPCI works marks the culmination of around 1.5 years of work, which it carried out under an early works’ contract for the design and procurement of 100 wind turbine foundations, plus three offshore substation platform foundations. DEME Offshore will perform the transport and installation of each of the foundations and the three topsides for the offshore substation platforms.

High level of UK local content
The offshore installation works will be undertaken from northern Scottish ports, including the Port of Invergordon which has been lined up by DEME Offshore to act as a staging facility under a multi million pound contract. A major portion of the fabrication works (including all final assembly) on 55 of the jackets will be done by Smulders in the UK (Wallsend, Newcastle) supported by fabrication activities in Europe. The balance of the jackets will be supplied by Dubai-based Rig Metals LLC (part of the Lamprell Group) and then shipped and offloaded to northern Scottish ports. A contract was also awarded to PSG Marine & Logistics Ltd which will manage the onshore handling works at the marshalling harbour in Invergordon.

DEME Offshore has also awarded the fabrication of 150 pin piles to the Scottish company BiFab, now owned by Canadian DF Barnes. The remaining piles have been awarded to the German fabricator EEW. Furthermore, the specialised UK-based davit crane supplier Granada is lined up to supply over 100 offshore cranes for the project.

In the coming months, DEME Offshore, together with its partner Smulders, will organise Tier Two local supply chain workshops to identify and contract other work packages with local suppliers.

Jan Klaassen, Business Unit Manager Offshore Renewables, comments: “We are pleased to announce that after a long and carefully executed procurement process we have been able to award a significant amount of work to both the Scottish and English supply chain. We are very much looking forward to working with the highly skilled experts in the local offshore wind supply chain and developing partnerships for future potential projects in this flourishing sector. This major project achievement will also help us to expand our footprint in the UK, particularly in Scotland. We are very thankful for the support provided by the UK and Scottish government departments while conducting this procurement process.

Dan Finch, from the Board of Moray East said: “This announcement marks another significant milestone for UK offshore wind as a low-cost, low-carbon supply of energy.  It comes following extensive engagement with the supply chain, with the UK demonstrating competitiveness on a global scale by winning a major share of jacket fabrication.  This follows last week’s announcement of pile fabrication at BiFab, while installation work provides more opportunities and the announcement of contracts with PSG Marine and Logistics Ltd at Invergordon and the supply of 100 cranes by Granada is more good news for the UK supply chain.”

DEME is a world leader in the highly specialised fields of dredging, marine engineering and environmental remediation. The company can build on more than 140 years of know-how and experience and has fostered a pioneering approach throughout its history, being a front runner in innovation and new technologies.

DEME’s vision is to work towards a sustainable future by offering solutions for global challenges: a rising sea level, a growing population, reduction of CO2 emissions, polluted rivers and soils and the scarcity of natural resources. Although DEME’s activities originated with the core dredging business, the portfolio diversified substantially over the decades, including dredging and land reclamation, solutions for the offshore energy market, infra marine solutions and environmental solutions

DEME achieved a turnover of 2.65 billion euros in 2018. www.deme-group.com 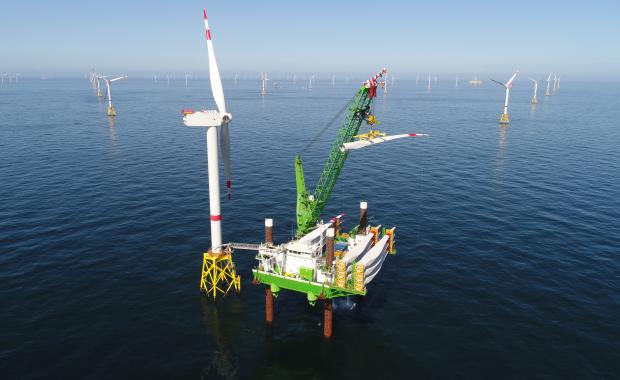 SABCA, a leading tier 1 aerospace industry supplier and DEME Offshore, a worldwide leader in solutions and services for the offshore energy market, have entered into a partnership for the development and deployment of Unmanned Vehicles to perform surveillance and inspection works in the offshore industry. 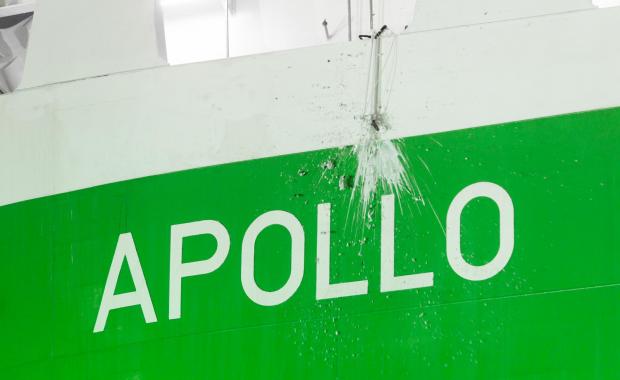 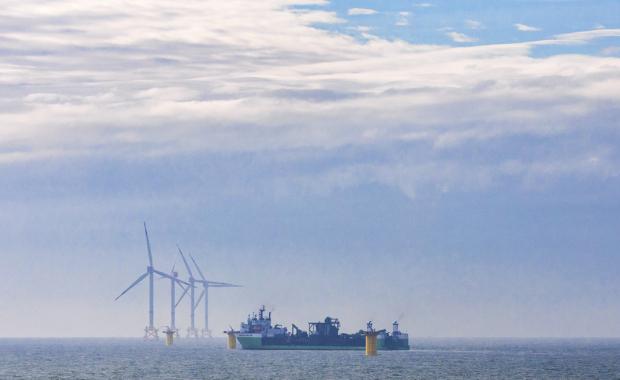 Over the past decade the activities of GeoSea, Tideway, A2Sea and EverSea have experienced strong growth in a fast-evolving offshore energy market. Today we will be taking a new step in our ambition to provide the most comprehensive offering of solutions, services and equipment to our oil, gas and renewable energy customers.

To manage our fleet of vessels, they are build, maintained and repaired worldwide. The senior finance controller faces the challenge of providing the financial overview of the fleet from newbuilding till the end of a vessel’s lifetime.
The ideal controller pursues a financial role with coordinating responsibilities in a technical environment.

To centralize all payments from the DEME entities, we set up a payment factory within the Treasury Department. The purpose is to create a flow tool to improve control over and efficiency of payments, centralizing payments in a single process, which executes payments for our operating entities.

As an environmental coordinator you are making sure that all our activity lines are compliant in all environmental aspects. You will also be responsible for the follow up of the compliancy of the vessels that work on these projects. The QHSE department that you will be working in is international and multidisciplinary, moreover it also has a flat structure. Together with your colleagues, you will work on the bright and safe future of DEME.

QHSE is one of the support departments that is involved in all Quality, Health, Safety and Environmental matters on our projects, vessels, and in HQ. All matters that are a valuable understanding among our shareholders. As audit coordinator you will share many challenges and job satisfaction together with all DEME employees, because people are our greatest asset. You will ensure the smooth running and maintenance of the internal audit system in relation to ISO certifications. You will also be a key player in leading or facilitating improvement/change processes within the Corporate DEME Integrated QHSE management.