DEME has taken delivery of its giant new cutter suction dredger ‘Spartacus’ from Dutch shipyard Royal IHC. With the signing of the handover, taking place on August 3, the construction process officially comes to an end and the vessel will now head to its first project in Egypt.

‘Spartacus’ sets a new benchmark in the global dredging market. Its groundbreaking, eco-friendly design and countless innovations on board make it one of a kind. ‘Spartacus’ is the world's largest and most powerful self-propelled cutter suction dredge and also the first able to run on liquefied natural gas (LNG).

Unrivalled production capacity
With a total installed power of 44,180 kW, its production capacity and ability to cut hard soil are unmatched in the industry. The four main engines can run on Low Sulphur Heavy Fuel Oil, Marine Diesel Oil, as well as LNG, and the two auxiliary engines have dual-fuel technology. The CSD also has a waste heat recovery system that converts the heat from the engines’ exhaust gases into electrical energy.

The heavy cutter ladder, able to be controlled and operated from the bridge by a single person, can operate up to a dredging depth of 45 m.

First project
‘Spartacus’ will immediately set sail for its first assignment in Abu Qir, Egypt, whereby it will participate, alongside many of DEME’s trailing suction hopper dredgers, in the largest dredging and land reclamation project ever in DEME’s history. This vast greenfield project includes the reclamation of 1,000 hectares of new land, the deepening of the port’s approach channel to 23 m and the dredging of a turning basin to 22 m. DEME expects to dredge an enormous volume of more than 150 million m3 during the course of the project.

Highlights DEME’s drive to pioneer
Luc Vandenbulcke, CEO DEME Group, emphasises: “‘Spartacus’ not only sets new standards in the dredging sector, this extraordinary vessel highlights DEME’s continual drive to pioneer, innovate and create opportunities. This willingness to keep pushing the boundaries and invest in our fleet, means that projects that were unfeasible before are now possible with ‘Spartacus’. I sincerely congratulate all the teams involved for their commitment and relentless pursuit of excellence during this challenging construction process.”

Gerben Eggink, CEO Royal IHC: “‘Spartacus’ has been one of the most challenging projects Royal IHC has ever undertaken. Now that it has been completed and we can hand over the 'Spartacus' to DEME, we are very proud of this ship. I would like to thank DEME for the good cooperation between our two companies and compliment the teams of both DEME and Royal IHC for the exceptional perseverance they have shown. We are confident to have delivered DEME a ship that is ready to take on any challenge and with which many progressive projects can be carried out.” 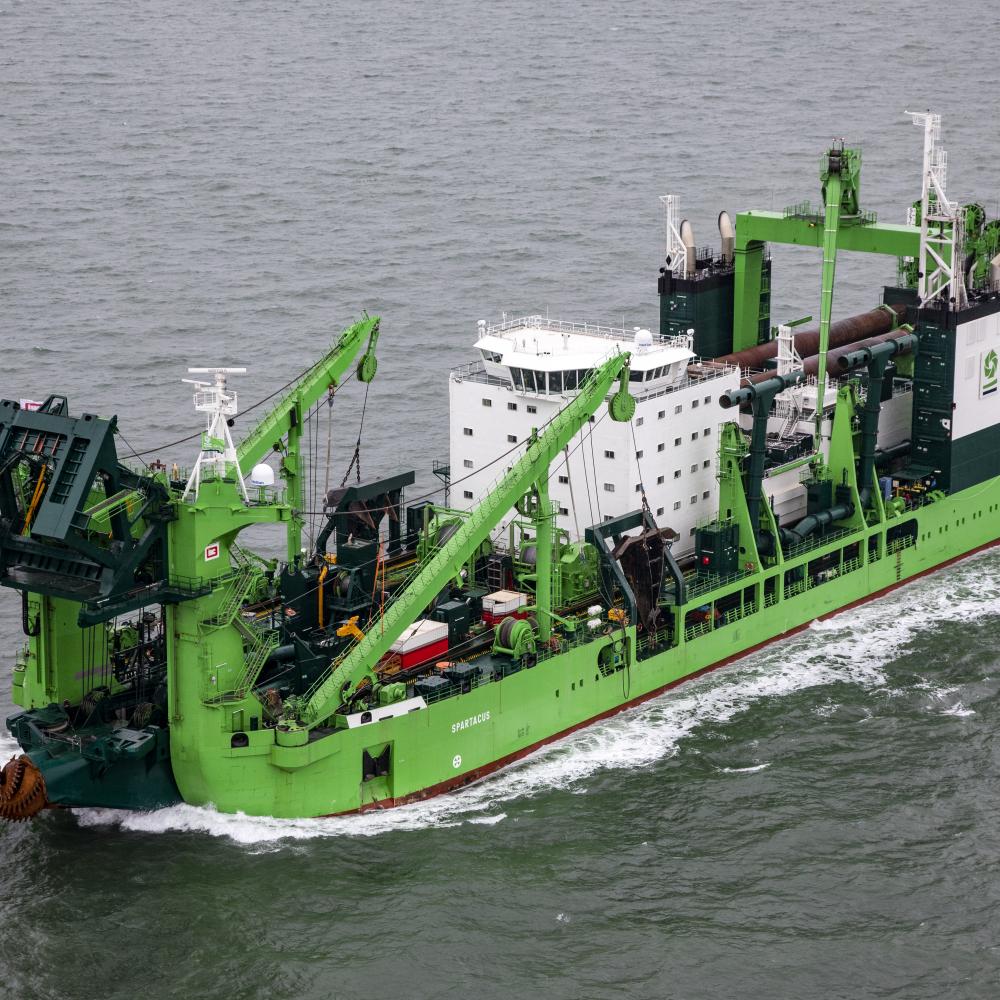