In order to meet the challenge of the transition to a carbon-neutral society by 2050, we need to look beyond our own production of renewable energy generated domestically or offshore. The import of renewable energy plays an essential role in this respect. The study published today by the hydrogen import coalition – a collaboration between DEME, ENGIE, Exmar, Fluxys, Port of Antwerp, Port of Zeebrugge and WaterstofNet – concludes that this is both technically and economically feasible.

The thorough feasibility study is the first tangible result of the collaboration between the companies involved, each with its own specific and complementary expertise and experience. This laid the basis for concrete next steps, including pilot projects for the supply of sustainable energy by means of green molecules from countries where wind and solar are available in abundance to Belgian end users, among others.

The climate objective to reduce CO2 emissions in Belgium by 80% by 2050 compared to 2005 levels is a major challenge and requires a large-scale switch from fossil fuels to renewable energy. Where do we get our renewable energy from? How do we get green energy in the most affordable and reliable way, when and where we need it? It is clear that solar and wind will be the renewable energy sources of the future. However, in Belgium and Western Europe, there is not enough wind or solar energy, while other regions in the world in fact have solar and wind energy in abundance. In order to achieve a reliable, affordable and sustainable energy system, local production of solar and wind energy will therefore have to be supplemented by the supply of some of the necessary renewable energy from abroad. Molecules can act as energy carriers to efficiently transport green energy through pipelines and ships. Hydrogen, as a carrier of renewable energy, plays an important role in the blend of end-user solutions.

Over a year ago, seven major industrial players and public stakeholders joined forces and expertise to jointly analyse the opportunities for importing green hydrogen into Belgium. The coalition, consisting of DEME, ENGIE, Exmar, Fluxys, Port of Antwerp, Port of Zeebrugge and WaterstofNet, has now completed a large-scale industrial study mapping out the financial, technical and regulatory aspects of the entire hydrogen import chain – from production abroad to delivery via ships and pipelines to Belgium and internal distribution – and providing a basis for the further roll-out to industrial applications.

After thorough analysis of all the elements, the study concludes that importing this form of renewable energy is a necessary and feasible solution to the growing shortage in Western Europe. Various types of hydrogen-derived carriers from a range of supply regions will be able to provide cost-competitive renewable energy and raw materials by 2030-2035. The most promising green energy carriers are ammonia, methanol and synthetic methane. These can be deployed through existing modes of transport – such as pipelines and maritime transport in particular – and growing markets, encouraging a rapid start.

According to the study, this import of renewable energy through green hydrogen carriers will therefore become an essential part of our energy supply, complementing the sustainable transition based on domestically generated energy. Belgium has maritime ports and extensive pipeline infrastructure, is linked to the major industrial clusters and has the capacity to meet its own energy needs and those of surrounding countries.

Now that the feasibility study has been completed, the coalition partners want to take some concrete next steps. We will analyse how to prepare our seaports to receive the hydrogen carriers of the future, seeking maximum synergy to serve our national interests. Specific pilot projects are being set up whereby we can make maximum use of the Flemish expertise and strength in the area of logistics, industry and technology for the development of a sustainable economy and the climate transition in our own region and a broader hinterland.

Alexander De Croo, Prime Minister of Belgium: “Hydrogen will play a decisive role in the energy transition and in making our industry sustainable. This study provides essential new insights for the further roll-out of a hydrogen economy and the further reduction of CO2 emissions. The next step is to develop a long-term strategy for importing hydrogen.”

Jan Jambon, Prime Minister of the Flemish Government: “Flanders is ideally positioned to play a pioneering role in the hydrogen economy at a European level. It has the energy hubs of Antwerp and Zeebrugge, it has transportation infrastructure, an extensive network of pipelines to those ports and to Germany, and technology companies operating in it.”

Luc Vandenbulcke, CEO DEME: “Belgium can play a leading role in the green hydrogen economy and doing so, further reduce CO2 emissions. The results of the study are an important step forward in realising these ambitions. The combination of renewable energy with green hydrogen in the energy supply is fully in line with DEME’s decarbonisation strategy. DEME is now looking forward to the realisation of green hydrogen projects, both in Belgium and abroad.”

Jacques Vandermeiren, CEO at Port of Antwerp: “We want to give hydrogen every chance as an energy carrier, a basic element for chemistry and a fuel, and are therefore committing ourselves as an active pioneer in the hydrogen economy. As a world port and Europe's largest integrated chemical cluster, we are an important link in this chain. The outcome of this study and its next steps offer promising perspectives for a further large-scale roll-out of hydrogen applications.”

Annick De Ridder, Port Alderman:“This study confirms that hydrogen can play a key role not only in making the port of Antwerp sustainable, but also in the rest of Europe. It is therefore crucial that, as a port of the future, we live up to our ambition and play a pioneering role in terms of sustainable solutions. Thanks to the collaboration between this coalition of partners with the right expertise and the government bodies involved, we have all the assets we need to take further concrete steps in this regard and to set an example for other ports and regions.”

You can read the Hydrogen Import Coalition Final Report here.

DEME is a world leader in the highly specialised fields of dredging, solutions for the offshore energy industry, infra marine and environmental works. The company can build on more than 140 years of know-how and experience and has fostered a pioneering approach throughout its history, enabling it to be a front runner in innovation and new technologies. 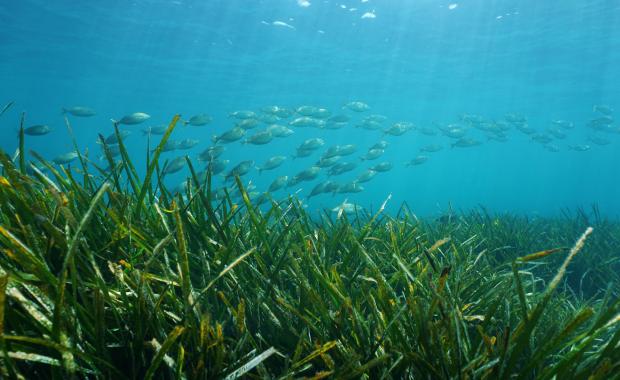 Ghent University receives a VLAIO Baekeland grant with support and cooperation from Jan De Nul Group, DEME Group, and the Portuguese marine institute CCMAR for its doctoral study 'PLANT ME'. This research into the sustainable protection of vulnerable coastal areas aims at using seagrasses. The presence of seagrass is decreasing worldwide due to poor water quality, plant diseases, climate change and coastal erosion. With the innovation project 'PLANT ME', the research team wants to enable the restoration of this ecosystem by developing a new planting technique for seagrass. 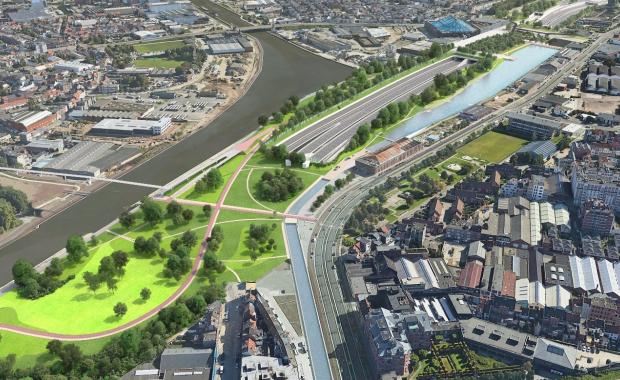 DEME participates in the construction of the Oosterweel Right Bank project 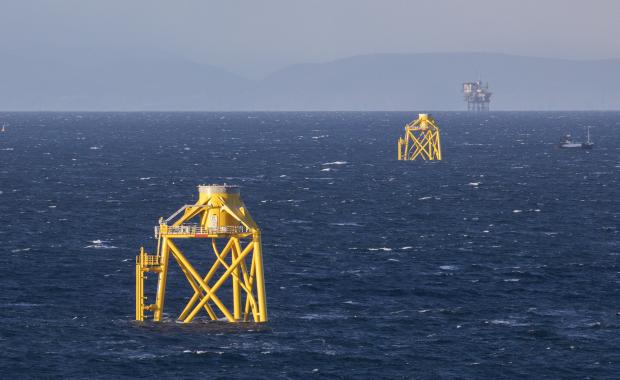 In an important milestone the last jackets for the 950 MW Moray East offshore wind farm in Scotland were all safely installed offshore. 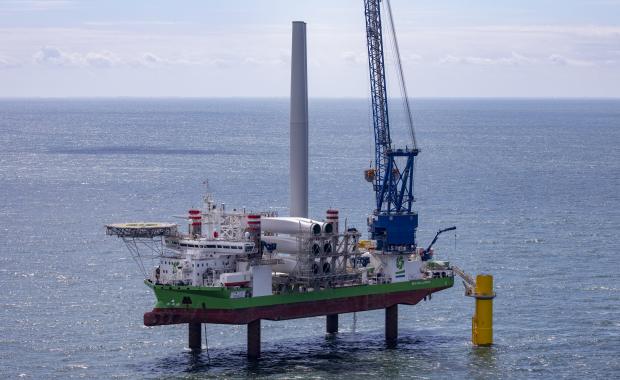 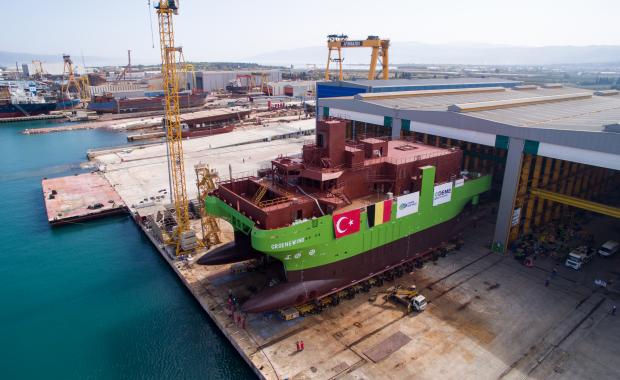 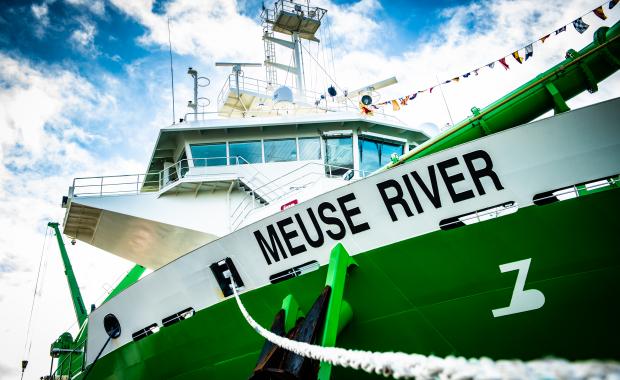 DEME's objective is to provide a healthy work environment, to promote sound work practices and a healthy lifestyle for everyone involved in our business. QHSE is therefore one of the supportive departments that is involved in all Quality, Health, Safety and Environmental matters on our projects, vessels, and in HQ. As a project QHSE engineer you will be part of the team that is on site on one of our dredging projects worldwide, responsible for the maintenance and control of QHSE-S practices on site, as well as inspecting all activities and equipment to reassure proper operation and implementation of procedures.

As a marine coordinator you will be part of the marine operations team within the QHSE department of DEME. DEME's objective is to provide a healthy work environment, to promote sound work practices and a healthy lifestyle for everyone involved in our business. QHSE is therefore one of the supportive departments that is involved in all Quality, Health, Safety and Environmental matters on our projects, vessels, and in HQ.

As a student of the maritime academy, you can do an internship on board our vessels during the Easter period of 2022. Please apply with your CV and motivation letter. At the end of January, you will receive an answer to your application. Good luck!

DEME is a global solutions provider in a challenging and rapidly changing world. Our expertise and vast experience has been deployed over the centuries for dredging, environmental and marine engineering business solutions such as: port construction and improving maritime access worldwide. As a project engineer you can play an important part in these works. You'll have a broad range of tasks in our global or Benelux projects.

Due to our sustained investment effort DEME operates one of the largest and most modern, versatile and purpose-built fleets in the world. As a Technical Superintendent you will work in an environment that strongly encourages innovation and will give you the responsibility to make an operational difference. Due to the challenging environment in which you are dealing with heavy equipment, complex installations and project deadlines, there is a steep learning curve in various technical fields. You will have the possibility to work abroad all around the world on challenging projects and have a real impact on them.

As a project manager you are the “end responsible” for the project. You will manage a complete project team. You are accountable for the fact that the project is being executed in time, within budget and in line with the contract. You are directly exposed to the client and you report to the Area Management.

As a works manager, you are responsible for the operational execution of the works outside. You can rely on a team of site superintendents/project engineers. You report directly to the project manager. You focus on the bigger scheme of things whereas the superintendents deal with day to day issues.