In order to achieve the EU-wide 2020 objective of 20 percent of total energy output to be produced by renewable sources of energy (RES), Belgium has committed itself to generate 13 percent of its electricity from RES. With regard to the geography of the country, the density of population, and the limited opportunities for hydro-electric power, and since wind energy offers the most mature technology, it was decided by parliament to develop large offshore wind farms in the Exclusive Economic Zone of the North Sea. A legal and financial framework was established, and market mechanisms such as feed-in tariffs, tradeable green certificates, and guaranteed minimum prices were introduced.

After a project for a nearshore wind farm was aborted because of the fear for visual pollution and objections in public opinion, the government designated a 35 x 9 km specific area for the construction of offshore wind farms on the 267 km² Thornton Bank, between 22 and 55 km off the coastal city of Ostend. A total of seven estate concessions were granted, of which the C-Power scheme was the very first to be realized. C-Power is a pioneering developing consortium for offshore wind farms, of which DEME is a founding member.

At the time of planning and engineering, the very idea of building a farshore wind farm at 25 to 30 km from the coast was unheard of. The initial drawback was turned into an opportunity, and after considering different execution schemes, C-Power decided to make a major leap forwards and go for a total of 54 wind turbines on a 19,84 km² parcel of the C-Power Thornton Bank. Total capacity was of 325,2 MW generating one TWh by turbines of a record 5 to 6,15 MW each. The size of the machines is enormous: the rotor diameter measures 126 m, and at low tide and one rotor in upward position, total height above the waterline is 157 m.

The C-Power offshore wind farm was a world-first in many respects: for the distance to coast; for the depth of sea; for the capacity of the 6,15 MW turbines; for financing with bank funding; for the groundbreaking environmental procedures and conditions; and for the development work in an uncharted and ever changing political, legal and financial environment. Various specific equipment was constructed to make the project feasible in the first place. Besides the innovative technology, financing onstraints, and legal continuity, the weather, the seasonal character of operations, and the severe offshore conditions in the southern North Sea, were major challenges. 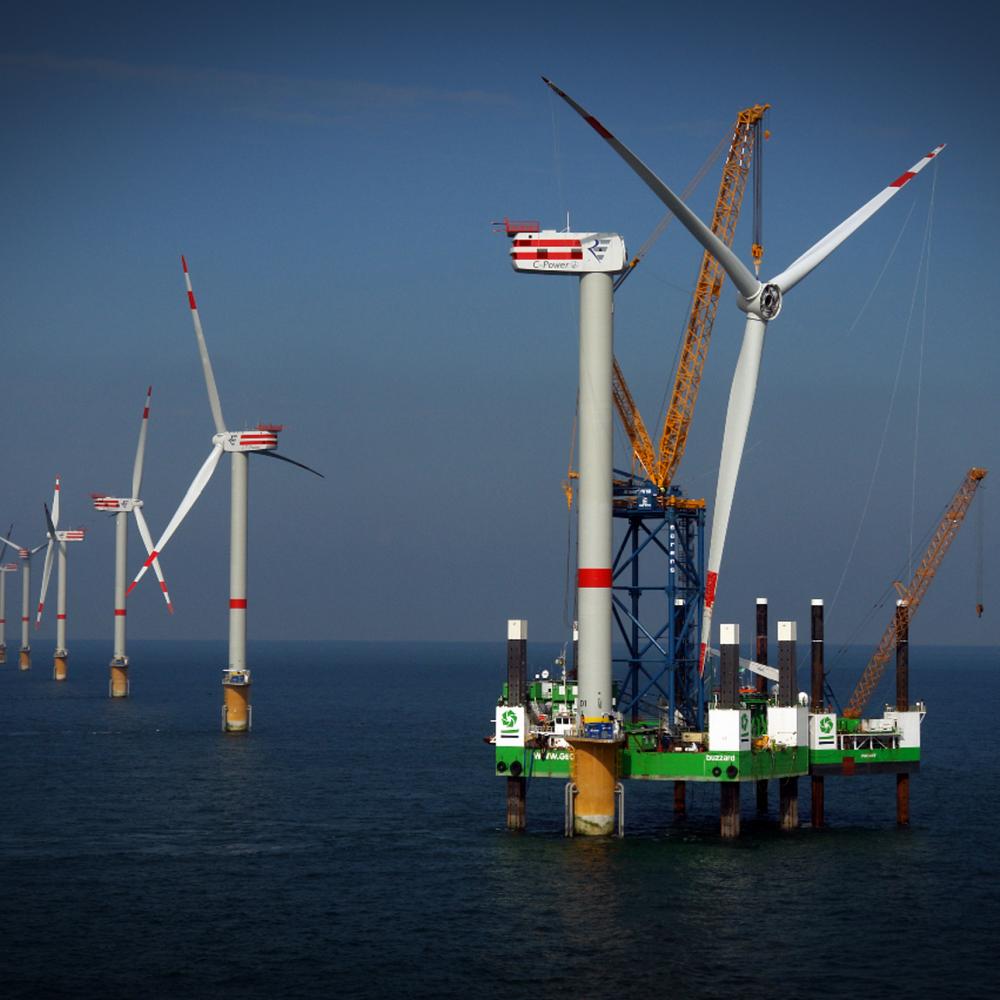 DEME was selected as general contractor, and various DEME companies executed the full range of marine activities. The C-Power Thornton offshore wind farm was realized in two phases, between May 2007 till June 2009, and from 2010 to 2013.

The first phase was carried out as a Design, Build and Installation project. It was considered a pilot project with six turbines of 5 MW, installed on top of concrete Gravity Based Foundations (GBF) that were constructed at an onshore base in Ostend. Extensive soil investigations were performed to design the foundations and the marine cables. Sea bed preparation and leveling preceded the transportation of the WTG’s to their final location, and infilling, backfilling and scour protection were executed after the installation. 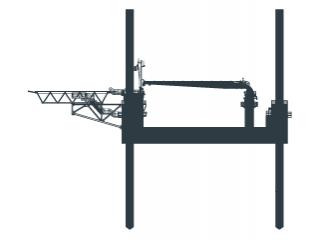 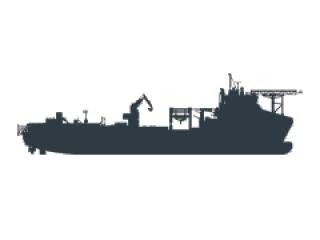 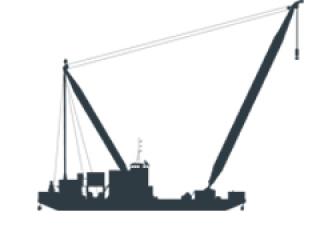 Loading of the up to 3.000 tonnes WTG’s from the storage area, and transport of the wind turbine components to the offshore site were done with the jack-up platform ‘Vagant’. Assembling the four sections of the wind turbines was left for the jack-up platform ‘Buzzard.’ The first phase further included the infield 33 kV cabling between the turbines and laying of the first export cable. By way of constructing a cofferdam and executing a Horizontal Directional Drilling (HDD) under the beach and the dunes, the marine cable was connected to the onshore 150 kV grid.

The second phase was another piece of cake altogether, requiring the Design, Building and Installation of 48 offshore wind turbines of 6,15 MW each, an Offshore Transformer Station (OTS), and a second 150 kV submarine cable which, just like the first one, had to cross the Interconnector Gas Pipeline and the Concerto South 1 telecom cable. As foundation structure for the phase-2 offshore turbines, steel jacket foundations were selected, to be installed on top of four piles for each jacket. The jacket foundations weighed between 470 and 573 tonnes (800 tonnes for the OTS) and spanned a ground surface of 18 x 18 m. During some five months of bulk- and precision dredging, the seabed was leveled and the cable route pre-sweeped at a depth of minus 9 to minus 32 m below the high waterline.

Special transportation had to be arranged from the fabrication sites of the OTS in eastern England, the foundation piles in the Netherlands, and for moving the jackets and wind turbines to their final destination. Piling was executed by way of an innovative technique, whereby an 18 x 18 m frame was installed under the jack-up platform ‘Buzzard.’ This technique allows for a vertical accuracy of barely two centimeters. The second phase further included trench dredging and backfilling; deconnection of the first 150 kV cable and connection to the OTS; laying a second submarine high voltage cable; and the full trenching and cable laying inside the offshore wind farm.

QHSE engineer with focus on IMS

DEME's objective is to provide a healthy work environment, to promote sound work practices and a healthy lifestyle for everyone involved in our business. QHSE is therefore one of the supportive departments that is involved in all Quality, Health, Safety and Environmental matters on our projects, vessels, and in HQ. As a Project QHSE engineer you will play a key role in the preparation and execution of our offshore projects. You will collaborate with employees of all nationalities and disciplines. Together we work on DEME’s vision of creating a sustainable future.

As part of the Environmental Engineering Team, your main focus will be oriented towards dedicated international short- and medium-term site assignments in operational projects (both Offshore and Dredging) all over the world.